There are several levels of pun involved in the title of Glasgow’s book festival, which finished on Saturday: Aye Write! “Yes, write” and”I write” are probably obvious to all, but non-Scots might not know that “Aye, right!” is a Glaswegian expression of some scepticism, a rare example of a double positive making a negative. I’m not sure what this says about the festival – Glaswegians take little on face value and might be more likely to question the veracity of the speakers? Well, not in the sessions I attended anyway in which remarkable consensus ensued.

This is the eighth Aye Write! In previous years I’ve been a ticket-buying punter; this year I was lucky enough to be invited to staff the doors in return for free events, nine in all. I had a great time, particularly as most of the talks were not ones I’d necessarily have chosen myself, so it was definitely mind-broadening. Here they are in chronological order:

Patrick and Matt had an interesting discussion based on their new books,  both of which have fantastical elements. Why does this make them less literary in some eyes? Would Shakespeare’s agent have suggested he should lose the supernatural, e.g. the ghost in Macbeth? Fantasy is no more “made up” than any other genre and the only rules should be dictated by the story, not imposed from the outside. They liked distinctions by age as little as by genre: who says a book is YA? (Though often, Matt suggested, teenagers are more open to fantasy, because life hasn’t yet taken their imagination out of them.) Another strand to the discussion was their stimulus to write: Matt sees writing as a compulsion, therapeutic, almost therapy. Patrick likes to use rules to stimulate creativity e.g. the words “I love you” are never used in The Monster Calls. I knew Patrick Ness’s work already – I went away wanting to know more about Matt Haig and to read his book.

Unstated brought together the views of 27 writers and activists on independence and Scotland. In this session, editor Scott Hames discussed some of the issues with three contributors, Margaret Elphinstone, Meaghan Delahunt and Alan Bissett. As they were all writers, talk focused more on the cultural and social justice arguments in favour of independence rather than economic ones. It was interesting that in a wide-ranging audience discussion, no voices were raised in favour of the Union (though one admitted to scepticism). Preaching to the converted?

I didn’t get a lot out of Mona’s talk on the centrality of Jesus in Christian-Muslim relations. Not her fault – the acoustics were against her rather quick, light voice. The Main Hall certainly seems to be the Mitchell’s weak spot, with sound troubles in several sessions.

Anne Lorne Gillies told the story of three female Gaelic song collectors spanning a century and a half: Frances Tolmie (1840-1926), Marjory Kennedy Fraser (1857-1930) and Margaret Fay Shaw (1903-2004). The first and last were more serious; Kennedy Fraser spoke no Gaelic and rather romanticised her “translations” or, reading between the lines, made them up, though this did result in the beautiful Eriskay Love Lilt. Anne’s presentation included images and song, an all-round delight. 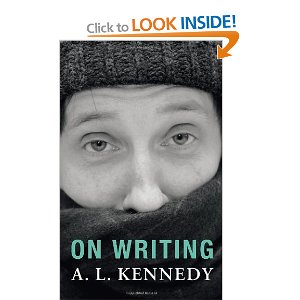 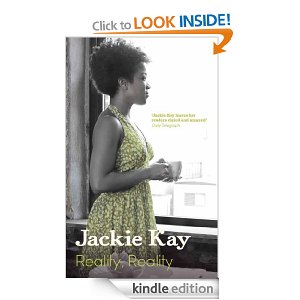 AL Kennedy’s On writing is a collection of blog posts, essays and the transcript of her stand-up show. She read two sections which were very droll, one on attending writing workshops and what she would like to do to some of the less attractive characters there (not pretty) and one on defending the arts in hard times, which she has been doing since “the kind and smiling days of Thatcherite cuts” (cue cheers.)

Jackie Kay was hilarious: effervescent, engaging, risqué – is it only in Glasgow that a douce, middle-aged, audience will laugh like drains at jokes about orgasms and breadbins? (Read the book, Reality, reality, a collection of short stories, to find the connection!) There was also a definite food theme – after all, food can be an indicator of character. How many of us judge a person by the contents of their supermarket trolley? Jackie read a “tapas” from her book. The Chair told us she made excellent broccoli soup (not something he often got when interviewing writers). One story was about a serial dieter and, in another, an old lady dreamed of having a red cardigan, the colour of her soup. This was the stand-out session for me, and also included the best audience question of the whole programme – when the serial dieter fell off the wagon, so to speak, into a curry, the food was lovingly described. “How much research did you have to do to get this right?” Jackie was asked (answer, a copious amount.) Reality, reality is now in my collection and I can’t wait to read it. 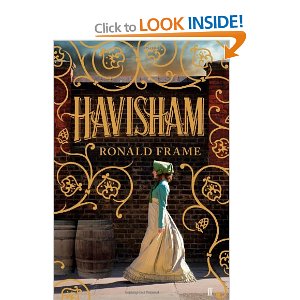 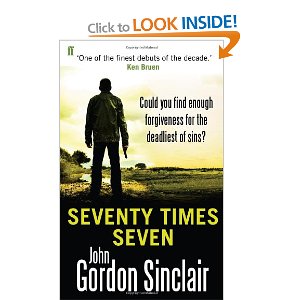 Two very different fiction sessions on Saturday, and one non-fiction two-hander. Ronald Frame has written Havisham, a prequel to Great Expectations, and said he was surprised that no-one had attempted this already given that Dickens offers quite a bit of back story. He was inspired by an old brewery to write about Miss Havisham, the daughter of a brewer, and the book started life as a radio play. He doesn’t think Dickens would mind other people taking over his characters, but felt he had to win over the Dickens fans.

Ronald Frame is an established writer; actor John Gordon Sinclair has written his first book, an IRA thriller. This, too, started life as something else, in this case a proposal for a screen play – when he was asked to write an autobiography, he decided to develop this instead. He felt being well-known already played against him – people might expect an actor to write about the theatrical world, and some publishers couldn’t get past the idea of Gregory, his most famous role. This must be irritating for him, but I see where they are coming from. Funny and self-deprecating (he doesn’t do readings from his book because he is “shite” at it) he is exactly how I would imagine Gregory at 50.

Finally, a session on neo-liberalism with Seamus Milne and Daniel Stedman Jones. I thought this might be a bit dry, but found it fascinating and curiously uplifting. Seamus is of the opinion that opponents of the existing world order have been wrong on the major world events of the 21st century and their opponents have been vindicated. For example, the “war on terror” exposed the limits of US and western imperialist power (he was proud, in 2001, to be on Tony Blair’s list of 10 journalists who were “wrong” to predict that this would lead to guerilla warfare in Iraq and Afghanistan). The crash following 2008 had the greatest impact on the most deregulated economies, yet the Right are still crowing and asserting that neoliberalism is the way to go. The Left should capitalise on being right and mobilise policy and social pressure to turn the tables. Daniel’s book is more historical and goes back to the inter-war years where neo-liberalism emerged in response to the Depression. He was more cautious than Seamus, though hoped he was right that 2008 was a watershed for neoliberalism (and Seamus certainly was so confident that he was almost convincing). However, Daniel can’t see any ready-made alternatives on the horizon. I now feel 50% optimistic that there is a way out of this!

So – that was my Aye Write! It was a great experience, and I thank Mary and Josie at Glasgow Life for offering me the opportunity to hear so many wonderful authors. For a completely different selection of events, see this review by Helen McKinven. There was just so much going on. See you in 2014!