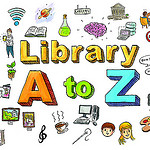 When the Library A to Z Campaign launched in November last year, I sent off a few of their cards to local political figures. I chose Councillor John Letford because I thought he’d be very receptive to the message – he is a librarian himself and we worked in the same library for a short time many years ago. Glasgow is a Labour Council, so John (SNP) is part of the opposition.

Before Christmas, he replied to say how interested he was and to suggest that I pop in to one of his surgeries to discuss it further. I’m ashamed to say I only got round to doing that last night. It was good to see an old colleague (we think it must have been about 17 years ago that we worked together) and John took away more campaign material which he intends to make use of and report back.

So, a very small piece of advocacy but one which might have results. I’ll report back if it does.

2 thoughts on “A chat with a councillor”